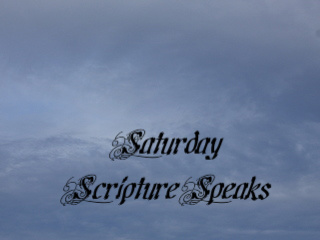 One of Joab’s young men shouted to Amasa’s troops, “If you are for Joab and David, come and follow Joab.”  But Amasa lay in his blood in the middle of the road, and Joab’s man saw that everyone was stopping to stare at him. So he pulled him off the road into a field and threw a cloak over him. With Amasa’s body out of the way, everyone went on with Joab to capture Sheba son of Bicri. 2 Samuel 20:11-13 (NLT)

A couple of days ago I read this passage and thought, "Does that not sound like people today?" Joab had just killed his cousin, Amasa (the military leader and close advisor for King David's son, Absalom). While Amasa lay in a pool of blood in the middle of the road, his troops were left with a decision. Should they follow Joab and go after Sheba? They were willing until they saw Amasa's body. At that point, they stopped and simply stared at the body.  It took Joab removing the body and even covering it up to get the men to move.

We all get sidetracked at one time or another. This brings to mind the droves of cars lined up along the highway when there's a house burning or some other disaster. People just have to see what's happening. They can't move on in such a mesmerized state.

We can easily get sidetracked in our Christian walk. When we stop to stare at the disasters in our lives, we aren't able to move on to do bigger and better things. We need to remove that which causes us to stop and stare and cover it up - then move on to a victorious life.

that is such truth. I find I get sidetracked all the time. My path is almost never straight. It's curled up here and zig zag there...as long as I get back to the right path and I'm generally headed in the right direction it's all OK. Jesus forgives our imperfections.